skip to main | skip to sidebar

The best temperature to fry foods (in a deep-fryer even) is 350 to 375 degrees F (several sources say this, including Joy of Cooking), which is below a nice high end olive oil's smoke point.

That's a chart that shows how the smoke point of oil will change as the free fatty acid content changes. Notice that at the minimum acceptable level of free fatty acids in extra virgin olive oil (.8%) the smoke point is 330 degrees F, but much higher at a really high end olive oil's free acid content (Pasolivo's harvest this year is .15% so you could reach 380 degrees F). The California Olive Oil Council (COOC) seal means that the oil has a minimum of .5%, which would be at the lowest 345 degrees, and with a high end COOC oil fine for frying.

If you're using unfiltered or undecanted olive oil, smoke will occur (but the oil isn't smoking) because little olive solids are smoking.

So, my recommendation is to only use a high end extra virgin olive oil that has the free fatty acid content printed on the label below .2% if you're going to fry. And honestly, in this day and age, if an olive oil manufacturer isn't printing the acid content on the bottle, I would wonder why not and insist on tasting the oil before I buy it. Use one that doesn't have a lot of visible solids in it (or let the bottle sit for a day so the solids can settle) since burnt olive solids may have a negative effect on the taste of your food. Or use a refined olive oil. What I wouldn't use is something that calls itself "extra virgin" and sells for less than $30 a liter.

The other myth I want to dispel is that one is wasting their money by putting good olive oil in a skillet, but I'll do that later. You can find out yourself it's a myth by frying an egg in a good Tuscan-style olive oil and frying one in Colavita.
Posted by Solomon at 7:20 AM 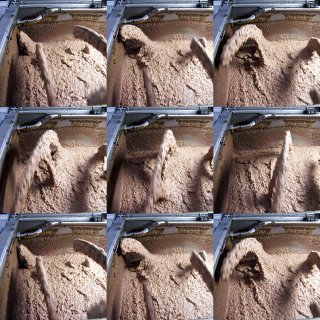 For those of you coming from the Wikipedia entry on OLIVE OIL, I suggest starting at Thursday, Nov 30, 2006, and perusing from that point onward through to Saturday, Dec 9, 2006.